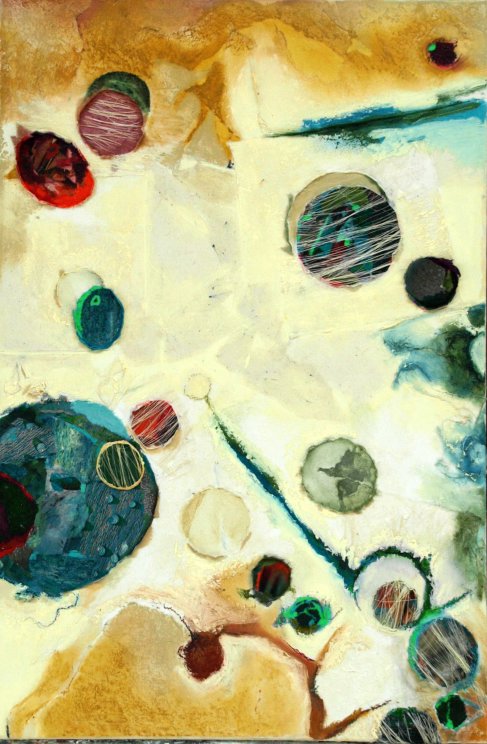 Avaishi, “Music of the Spheres”

Light. Events are not inherently luminescent, but perhaps in a certain light (to careful observers) they may become perceptible. Part of the difficulty of this logic is that the event cannot be contained within a stable image or duration; they perhaps consist in this inconsistent stuttering of sign-particles, which are in turn capable of directly becoming cosmic, of becoming all the infinite senses of being. What vision could encompass such a multiplicity? Such a vision must be winged, born of flight; yet the event has been almost exclusively seen at ground level… The event presents itself as a simple materiality — this matter being that of stable bidirectional relations, of structured time and historical urgency; but does the event as such not reveal a certain intimacy with series of powers passing into one another, contingently actualizing singular, one-way relationships — in other words: with a kind of parasitical symbiosis? After all is there not an uncanny emergence from absolute zero demanded by dialogical relations, an acceleration of virtual movements to infinite speeds — explosive actualizations “from nothing” commensurate with pestilence, neurosis, hyperinflation, ontological collapse? Why do breakdowns and contagions precede the event, even perhaps the concept of the event? An infernal engine, an unholy workshop is required to induce the requisite uncanny and highly-contingent situations in which they can emerge. A line of flight tearing at the seam of the cosmos: the event rides a wave of radical decoding and weaponization; it presents a body or a subject not only with the problem of transmission but more ominously of cryptanaylsis and disarmament. Events present thought with an unnatural abyss, even a terrifying vortex; the greatest risk of thinking the event is omitting the background noise against which it becomes audible; in this sense the event is wildly contingent, merely an artifact of the white noise, the abysmal depths, the darkness from which it distinguishes itself.

Differend. Only what stirs, what stutters, what shakes is essential; only a minor literature, and only when it directly mobilizes intensification and becoming, is capable of releasing from the bondage of the signifier and the subject (and hence the body, the spirit, the cosmos, existence, time.) Minor literature deploys infinite movements as emancipatory operations; in this sense a literature is not “minor” in a structural or numerical sense, but rather only exists because of a people who are yet to arrive, that is: infinite speeds are the engine of minor thinking and writing, and the acceleration towards them is gravitational; is a minor artist or writer not always already drawn forward into a dangerous course by an unbroken dawn? A knife’s edge of pure mutation permits incision through reality itself; minor writing becomes transcendental through a process of empirical experimentation with speeds and movements. Difference in itself, the recursion of infinite movement repeating-in-itself; repetition in itself, the divergence of infinite speed differing-in-itself: the minor transforms, permits the differend or the different-in-itself to become audible and visible, by shattering the linear order of time in the name of a time to come.