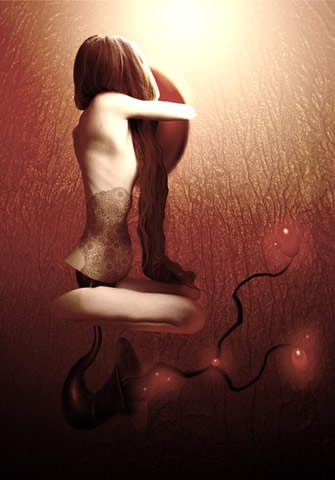 Notes on Eros and Civilization

In Eros and Civilization, Herbert Marcuse presents Freud at the level of metaphysical psychology. That is: we find Freud engaged in overturning “conventional” metaphysics through psychoanalysis — methodically substituting pleasure and imagination for reason and logic — but paradoxically in so doing he produces a “theoretical” practice which, through its “diagnostic” methodologies and even in its “axiomatic” structure, still reflect profoundly traditional conceptions of humanity. For example, Freud analyzes the principle or essence of being (of organic life) as Eros — in contrast to the traditional understanding of being as Logos. This ontological dimension revealed in psychoanalysis is what allows Freud to interpret Eros as corresponding in a ubiquitous way to the death drive. The erotic instinct and the death drive are fused together in Freud’s interpretation in precisely the same way as the metaphysical principles of being and of non-being.

In this repressive organization the erotic basis of culture is “transformed.” On this point especially, most revisions of Freudianism have meant regression: “The assumption of any special instinct begs the question, but the assumption of a special ‘mastery instinct’ does even more: it destroys the entire structure and dynamic of the ‘mental apparatus’ which Freud has built. Moreover, it obliterates the most repressive features of the performance principle by interpreting them as gratification of an instinctual need.” (219) Perhaps Lacan is guilt of this in particular: labor in general, and especially the “work” of psychoanalysis (transference,) is presented purely and simply as the chief social manifestation of the reality principle.

Work contradicts the pleasure principle, insofar as work is conditional upon the diversion of instinctual gratification (which Freud does assert.) Furthermore, no amount of technological progress has been able to alter this arrangement one iota; indeed, the conquest of nature and the “rationalization” of man and society cannot eliminate, and in many ways depend, on human beings working in a mechanical and unpleasurable way — that is, in a way that does not represent self-actualization. Curiously, this progressive alienation paradoxically increases the potential for freedom: “…the more external to the individual the necessary labor becomes, the less does it involve him in the realm of necessity.” (222) We are relieved from the requirements of domination; we experience a quantitative reduction in labor time which leads to a qualitative change in human existence; “free” time, rather than “labor” time, determines the content of our “life.” This expanding realm of freedom liberates the various faculties: “Thus liberated, they will in turn generate new forms of realization and of discovering the world, which in turn will reshape the realm of necessity, the struggle for existence.” (223)

The “struggle for existence” is a multidimensional concept, but through its maturation into co-operation (for free development and fulfillment of individual needs) a “rationality” of gratification supplants repressive “reason.” Happiness and reason converge, creating their own new divisions of labor, their own priorities, their own hierarchy. The performance principle historically administers things, not people — modern civilization utterly depends upon close co-ordination and arrangements, which in turn must carry recognized authority. Marcuse argues that hierarchical relations are not unfree per se; but where repression has become so effective that, for the repressed, it assumes the (illusory) form of freedom, the abolition of such terrorized “freedom” readily appears as a totalitarian act. An old conflict arises again — freedom is not only private, but it doesn’t exist at all unless it is “also” private: “Once privacy must no longer be maintained apart from and against the public existence, the liberty of the individual and that of the whole may perhaps be reconciled by a ‘general will’ taking shape in institutions which are directed towards individual needs….” However, an important question remains. Can civilization freely generate freedom — and how? — if unfreedom is part of parcel of our mental ecology? If not, who can establish, and who is entitled to enforce “objective” standards?

Marcuse suggests that from Plato to Rousseau, an educational dictatorship has been advanced as the only honest answer. The dictatorship is to be exercised by those supposed to have acquired knowledge of true Good. This answer, for better or for worse, has become obsolete: “knowledge of the available means for creating a human existence for all is no longer confined to a privileged elite.” The facts, argues Marcuse, are in fact all too open: individual consciousness would safely arrive at them only if it were not methodically arrested and diverted. We have here an important political principle which Marcuse wishes to adhere to: that people can (learn to) tell the difference between “normal” and “excessive” repression. While they cannot make these sorts of judgments now, it does not mean they cannot do so once given the opportunity. In other words, utopias are built in general from unrealistic blueprints. However, the conditions for a free society are not, but are in fact a matter of reason. But what does this mean?

That it is not the conflict between “instincts” and “reason” which provides the best argument against free civilization — but rather the conflict which instinct creates in itself. That is, even if the destructive forms of its “polymorphous perversity” (226) are due to an excess of repression, the instincts themselves are “beyond good and evil” and “no free civilization can dispense with this distinction.” (226) The sex instinct, for example, is not guided by reciprocity — causing unavoidable conflict — which seems to argue against the possibility of its self-sublimation. But, Marcuse asks us, is there perhaps in the instinct itself an inner barrier — one which “contains” the driving power behind the instinct? Does Eros posses a natural self-restraint, so that “genuine” gratification requires precisely detour, arrest, and delay? In other words, there are limitations and obstructions that are not imposed from outside by a repressive reality principle. The instinct itself sets and accepts limits because they have “inherent libidinal value” (a notion suggested by Freud.) A strange possibility exists that there is something in the nature of the sexual instinct which is “unfavorable to the achievement of absolute gratification” (Freud). This is an ambiguous idea, which lends itself easily to ideological justification. Repressive morality tends to defend itself by pointing to the unfavorable consequences of readily available satisfaction.

However, in the context of Freud’s project, it follows that natural obstacles produced by the instinct function do not deny pleasure, but in fact that pleasure itself “contains an element of self-determination which is the token of human triumph over blind necessity…” (227) In other words, what distinguishes pleasure from satisfaction is the refusal of the instinct to immediately exhaust itself. Pleasure has the innate ability to “build up” and “use barriers for intensifying fulfillment.” (227) Even though this refusal seems to do the work of domination, it can also be made to serve an opposite function, to “eroticize non-libidinal relationships, transform biological tension and relief into free happiness.” (227) When they are no longer used as instruments for restraining men into an alienated performance, barriers against absolute gratification become elements, precisely, of human freedom, since they protect that “other alienation in which pleasure originates” — our alienation from nature, our free self-realization. Finally, men would exist as individuals, each shaping his own life, facing each other with truly different needs and truly different modes of satisfactions. The ascendancy of the pleasure principle would bring together our refusals and selections, inevitably engendering pain, frustration and conflict. But these antagonisms would have libidinal value, “they would be permeated with the rationality of gratification.” (228) Sensuous rationality contains its own moral laws.