Silence, that shadow of language in which everything is nevertheless said, is today almost always but a lapse, the momentary oversight of an animal which acts as though in speech it found its very reality, its absolute and primary function. The distinction between language and noise dwindles, and yet is taken all the more seriously. Too often our silence seems but a desire to escape noise; it is so rarely to evade our enslavement.

And so one but barely and insubstantially glimpses that Silence which is both resistance and elevation, even a kind of victory against a terrible foe, which is not without its spoils. To discover language is in fact to be without a language, a radical immediacy which at once shatters every moral or political claim, and every shred of symbolism; and at this point many things are possible, indeed, too many things: a violent regression to the prelinguistic, a wispy and premature transcendence to the postlinguistic, or finally the immanent resistance and spontaneity of the counterlinguistic.

The necessity of silence in the transformation of the soul cannot be overstated. That indeterminate silence in which sublime meditation, the uncanny intermediation of thinking, takes place — is a warlike silence. For language as such does not think but merely tyrannizes, blindly suturing truth to meaning, a neuroticized “schizophrenia” whose experiments lead inevitably into a cavernous abyss. 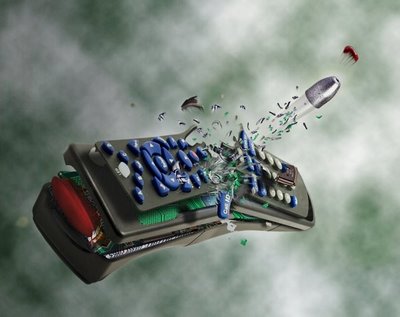 The health and growth of a language is precisely the death-instinct of language “for-itself,” which is to say that language, in this limited respect like philosophy, is profoundly dangerous for unhealthy cultures. A culture without the power to reinvigorate and transform its language is already a slave to it (the same thing is true, in fact, of production more generally.) The health of a language requires a continuous recreation and enrichment reaching precisely the point of a critique of language (for without this no creation is possible.) What is demanded with respect to categories and axiomatic ontologies is precisely a kind of “schizophrenization” or, more precisely, the unconscious aggregation of radically disparate forces which underlie a sublime silence (which turns towards thinking and tends towards novel creations.) The reproduction of language is a kind of explosion of machines, whose repression is quite intentional and even the basis of conscious awareness (consciousness is a being-strangled by the Sign.)

Silence may then be grasped in its positive sense as an inexpressible chaos, as a fearful and indeterminate abyss in which an infinity of heterogeneous forces are dangerously and inextricably intertwined. Yet it may also be grasped as some truly “heretical” Unexpressed, the enthusiastic proclamation of energy itself as pure potentiality — a blank canvas, upon which thought dares to create. Language is always both at once, in a constitutive and radical ambiguity. While currently constituted as a tyrannical conjunction of signs, nonetheless the possibility of transformation remains embedded within it. Discouraging as the current conditions may seem it is nevertheless not unreasonable to predict, with Derrida, the death of not only such a conception of language but also (albeit at the distance of some centuries) its practice.