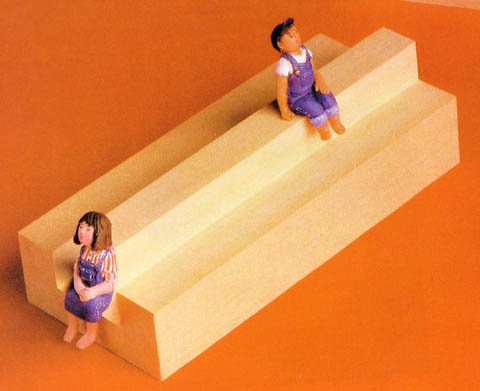 Philosophy begins in aporia, with a paradox or inconsistent consensus. Thus, the most ancient metaphysical figure, which we also recognize as the most simple, the shadow of the parasite upon the unconscious: a thought which denies and provokes, which produces a paradox through its utterance, through its very way of existing. Precisely, then: a prohibition which prohibits its paradox from being thought. The most ancient trope of philosophy begins and ends with this “must,” which exceeds its limit, and so cannot “seriously” be interpreted as a prohibition. But now what does this injunction become? It functions as a portent — a premonition: do not think this now, but perhaps some day. Thus a portent in the precise sense that the paradox prohibits itself from being resolved, and so remains inextricably open, ex-posed to an outside of thought — to a possible future. A denial of the impossible — which follows as a necessary consequence of the possible. Thus the prohibition is not a “discipline” of mind but a rigorous passivity or vulnerability which allows the compulsion of a result, even against the heart’s own desires. Hence the labor, and danger, of thought.

The prohibition barring the very Thought is a portent in the literal sense that it proclaims the immanent Reality it simultaneously denies. The world is swept away and transfigured, merely by a breath, a word, a thought: the originary paradox of becoming, already giving birth to both those of language and being, of discourse and discipline. The philosopher’s stone is only an implosion; to philosophize is to make legible this indecipherable transformation, to reveal this uncanny origin of writing, and to uncover the divergent roots of sensation and signification: in short philosophy’s task today is to crack itself open… Philosophy is a vulnerability, not a power but precisely a humility before thought, a restrained reason which is finally capable of inventing a way out of the black hole, of engendering immanent becomings… We are only beginning to diagram this machine. Philosophy sometimes realizes itself to be one with its result, and poses the question of its foundational prohibition in rigorous terms as the force of a concept: this “strange” energy attending the donation of signs. We may well ask: why are we continually returning, or rediscovering this result, this symptom? Reality itself become symptom; of what origin is this “hidden” glare, this resonance, this infinite inter-mediation, this fold?

An odd but simple paradox which is immediately the production of an entire system of mixtures, a complex and diversely-constituted assemblage, rigorously but madly constructed — axiomatic and diagrammatic by turns. A machinic immanence, where we had thought to discover life; and a new humanity, where we had “only” thought to invent machines. We are moving outwards from the middle of language, turning towards an outside. The essence of language is not this journey but the sound of pure silence, the tension of the saying without a “said,” which indicates a unique vulnerability before truth: the sincerity or truthfulness which is the very donation of the sign itself; thus beyond essence or before being, this giving without a given, this ambiguity.