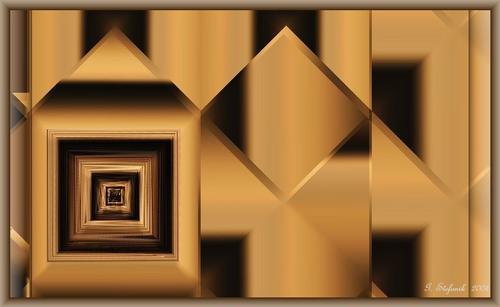 Responsibility is what first enables one to catch sight of and conceive of value.
Levinas, Otherwise Than Being 123

Beyond the question of being and non-being, language is not the event — but rather a process of assembling unformed and unspecified elements, an abstract machinics which imagines new forms for itself by correlating the various distinct orders of reality with a plane of consistency in which a unified vision becomes possible — in short uncovering the infinite possibilities of the event. But this apparition of the event in its infinity would be only terror, the dark depth in which all mixtures are possible — and nothing is outlawed — were it not for the ambiguity of silence, the “not-yet” which the event, the “given” or gift, makes possible, and which makes possible the infinite time of cohumanity.

In speaking, reality opens itself up to an order without signification or concept, lost neither in the depths or heights but in the very shape of the world, the surface itself, a topological mode or order of being issuing neither in sound or light but in an idea given me by the other, the gift of language. In expression being can become free. Language is the discovery not only of novelty but justice itself; the enjoyment of discovery is essentially social. The event is not revelation but a secret apology, a map of the vortex. Turbulence is lucidity.

Black holes are everywhere, and this prohibited prohibition permits everything: the torsion of language disarticulates the tension of the soul. Beyond the face there is a paradoxical and two-sided barrier, an apparition which interrupts the symbolic order of discourse, as though by a lateral or diagonal movement between the signified and the non-signified. By an astounding finesse, speech uncovers the world as a lesson or donation.

Debt and faith are born simultaneously. Language is justice — a gift — only when it sheds its anonymity to become universal, not by inventing a world-beyond-the-world, but by reconciling us to one another. It calls us to hear a there-is rustling behind the void.

From an oblique angle, the terrifying and brilliant luminosity of Lacan’s thinking fell upon this problem of sweeping, being-swept-up: for him the function of the signified is not to represent the signified — the significative mechanism works only as long it has no relation to the signified, that it abolishes or absolves itself from this relation. A line of flight glitters, if only for an instant, in the turning of the faces. An almost-glimpse, of what is invisible anyhow — an imaginary trace which breaks with a consistently-functioning (discursive) structure. In other words: a relative rupture of signifiance which threatens the integrity of the dominant mediating forces (however well-localized such a threat may seem.)

Paralysis is not the worst fate; then the worst corruption remains completely unfelt. The media of the media, the hyper-parasites, are yet extremely well-hidden. We hear them long before we see them; the sign resonates, and in its frailty, we hear the echo of a familiar tone. Dissonance, death, decay: the essence of tranquility. Nirvana is flesh. The impossibility of harmonizing distinct progressions is the condition of the function of the sign: $. We can only fix what we imagine is broken, solve what we imagine to be a problem: a problem of distraction.

Neither an immanent nor transcendent principle, the question is entirely one of the asymmetry between the orders of signification and non-signification — words and wars. I indicate only the possibility of a transversal movement, which seeks not to mediate, to interpret, but rather to reconcile: to resonate, saturate, eliminate and amplify. No concept, no feeling is sufficient to demonstrate the movement of clarity, the gift — only its actual performance, or presentation “as such,” which threatens only as much as it is resisted. Pollution, for example, can serve as a concept which aids in settling otherwise uncertain moral issues; more broadly, whenever the integrity of the social structure as such is at issue.