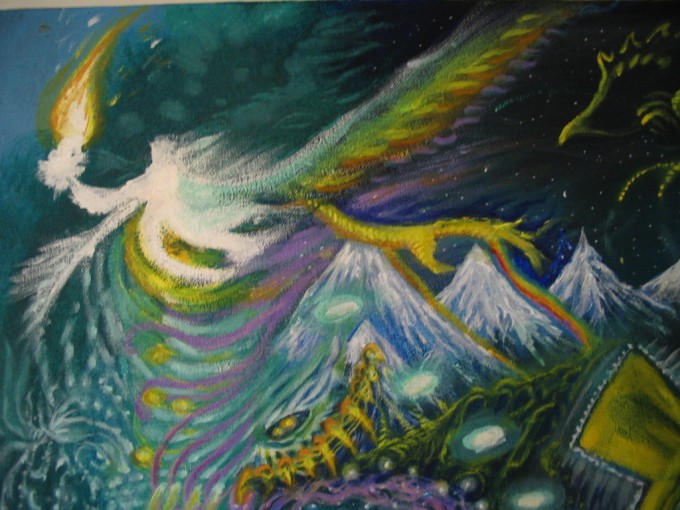 Although Deleuze and Guattari consistently use the line of flight as a concept along with the distinctions between molecularity and molarity throughout the earlier chapters of the book, plateau 8 on the three novellas is the first time that we see the distinctions being formalized. Earlier in plateau 3 on the geology of morals (I say earlier provisionally as though one must read ATP linearly, which is not true as the authors point out) we began to read about how we are stratified. The relation to the strata and the BwO or plane of consistency becomes a focal point for discussing the two sides of the abstract machine. In many ways, the understanding of this balance is helpful and analogous to understanding the different types of lines and the conditions for their specific segmentarity. We will come back to the abstract machine later so as to streamline our analysis.

The molar line, or rigid segmentarity, is basically defined as a clear-cut or calculated arrangement (Nietzsche’s prophetic mnemotechnics–we shall/must become calculable). Molar aggregates are segmented “to ensure and control the identity of each agency, including personal identity” (195). There are no becomings on the rigid line of segmentarity, but that does not mean that it is bad, nor does it mean that other lines are completely separated from the molar due to the immanence of all lines, even in relation to each other.

There is also a molecular line, or a supple line of segmentarity. Molecular and molar are not at all opposed to one another as we will soon clarify. Instead of a well-defined segmentarity, the molecular develops transitory segmentations-in-progress that are defined by quanta of deterritorialization on an intensive scale. In a sense, one begins to make an analogy between the molecular and the molar with the case of light, which can be seen as continuous and concrete in its waves but also quantifiable and discrete as photons. However, I bring in this analogy to discredit it first due to its irrelevance to the subject matter at hand (D+G are referring to macro- and micropolitics with this distinction) but also because the molecular has a more fundamental relation than its simple differentiation from the molar: it in fact presents the tension between the molar line of rigid segmentarity and the abstract line of flight. The abstract line then has nothing to do with the mixing between the molar and the molecular, unless we stipulate that it in fact arises when the molecular extracts itself from the molar in order to mutually destroy both the segmentarity of each one: “this line [the line of flight] no longer tolerates segments; rather, it is like an exploding of the two segmentary series” (197). Molar aggregates, molecular particles or quanta of deterritorialization, destruction of the wall of signifiance and the black hole of subjectification, in other words, absolute deterritorialization. These are the three lines.

Each of these lines explode eventally (and eventually…) in different ways. The first line of rigid segmentarity proceeds through oversignificant breaks determinable by binary choice. The second line is unassignable and proceeds through crackings in the rhizome rather than the splitting of a tree. Lines of flight proceed through rupture or a “clean break.” D+G write:

In rupture, not only has the matter of the past volitized; the form of what happened, of an imperceptible something that happened in a volatile matter, no longer even exists. One has become imperceptible and clandestine in motionless voyage. Nothing can happen, or can have happened, any longer. Nobody can do anything for or against me any longer. My territories are out of grasp, not because they are imaginary, but the opposite: because I am in the process of drawing them…I have become capable of loving, not with an abstract, universal love, but a love I shall choose, and that shall choose me, blindly, my double, just as selfless as I. One has been saved by and for love, by abandoning love and self (199).

Absolute deterritorialization is reserved for the line of flight/line of abolition alone. Generalized disruption of the strata qualified by the crossing of plateaus of intensity which destratify the strata and fell the arborescent models of the dominant order. A tremendous exchange between the diagrammatic consistency of unformed matters and functions (abstract machines) and the machinic vector of concrete machinic assemblages is required in order to tip the abstract machines away from the strata towards the BwO/plane of consistency which generates the line of flight in the first place. These disruptions proceed through waves whose resonance threatens the very possibility of stratification, without which the plane of consistency loses its machinic possibility for crystallizing the possible in actualized forms. The tendency for the line of flight to propagate into abolition is the very practical enterprise subtending Deleuze and Guattari’s incessant cautionary statements. One must not destratify too hastily, i.e. without plan(e)ing or undiagrammatically. The program of the diagram: sobriety (of) the Real (for the problem of drugs being unable to construct a proper field of immanence and their own plane of consistency, see “Memories of a Molecule,” plateau 10, especially pages 282-290. Notice also that in this section the transition to the topic of drugs is a continuation of a discussion of Kierkegaard’s ‘knight of the faith’–D+G asking if faith is not its own drug– and that this mirrors plateau 8 which also has a discussion of the knight of faith).

As we mentioned earlier, there is a sort of ambiguity to the molecular line “as if it vacillated between two sides” (D+G’s italics, 202). This is because on the map of the BwO molecular lines are not necessarily better, and in fact their common resonance can create the most brutal regimes of fascism (cf. plateau 9 on micropolitics). On the one side there is the line of flight whose complex nature is composed of singularities, and on the other side is the segmented molar line: “between the two (?), there is a molecular line with quanta that cause it to tip to one side or the other” (D+G’s emphasis, 203). Notice the question mark that appears in the text: just like content and expression or regimes of signs, the molar lines and the molecular lines subtend and crisscross one another while they are themselves multiple, always appearing in bundles rather than in solitary lines. The balance among the lines, mediated by the molecular, constitutes the abstract machine/diagrammatic efficiency of any schizoanalytic cartography:

It is an affair of cartography…Schizoanalysis does not pertain to elements or aggregates, nor to subjects, relations, or structures. It pertains only to lineaments running through groups as well as individuals. Schizoanalysis, as the analysis of desire, is immediately practical and political, whether it is a question of an individual, group, or society. For politics precedes being. Practice does not come after the emplacement of the terms and their relations, but actively participates in the drawing of the lines; it confronts the same dangers and the same variations as the emplacement does (203).

Politics precedes being because there is an abstract machine (which cannot be reduced to spatio-temporal coordinates) that effectuates ontological relationality and the logical propositionality/consistency of a world. Ontology must be diagrammed in a sufficiently and an efficiently deterritorialized fashion depending upon the “optional subjects” that will guarantee the convergence of the various codes and flows animating the abstract consistency of the map. It is precisely because ontology must be mapped that we can say there is a politics that precedes ontology.

D+G leave us with four tasks: recognize the particular character of each line, specify the importance of each, realize the immanence of each, and understand the dangers to each. There is a danger specific to each line just as much as there is a necessity for each. We will see in the analysis of the next chapter the continued importance of linear segmentarity in relation to two different types: binary segmentation and circular segmentation.