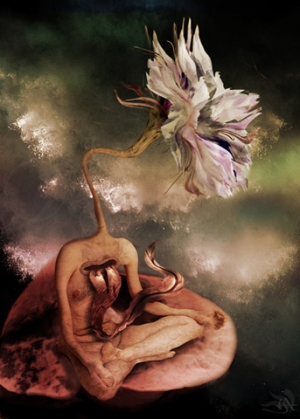 It is perhaps time to see in hypocrisy not only a base contingent defect of man, but the underlying rending of a world attached to both the philosophers and the prophets.

I have no wish to soften the saying that to write lyric poetry after Auschwitz is barbaric; it expresses in negative form the impulse which inspires committed literature. The question asked by a character in Sartre’s play Morts Sans Sepulture, “Is there any meaning in life when men exist who beat people until the bones break in their body?’ is also the question whether art now has a right to exist; whether intellectual regression is not inherent in the concept of committed literature because of the regression of society.

Deleuze and Guattari, A Thousand Plateaus 422

Our age has borne witness to the most rapid expansion of military and state power in human history. Weapons have grown highly sophisticated in a complex lockstep with global economic and political transformations. The meaning of this enormous growth in power, and the implications for our increasing technological sophistication, is anything but clear and unambiguous. The political mythology surrounding war and peace has also grown in sophistication. Nonetheless, the tool inevitably varies with the specific relationship — that is, the conditions under which it becomes possible, and the situations which it makes possible. This internal capacity for variation and variance is closer to the essence of war than the complex matrix of state and global power relations.

Any tool can become a war machine — at least potentially, and if its object becomes war. Yet war is still not the essence of the war machine, but rather the set of conditions under which the machine becomes appropriated by state power — or even the global order in which states now become only parts. In Deleuze and Guatarri’s account, a war machine is always external to the powers of the state, even though the state may have means for capturing and transforming its power into violence for its own ends. Nonetheless, war machines bring novel connections to bear upon centers of command, static assemblages of power, what Deleuze and Guattari describe as “the great conjunction of the apparatuses of capture or domination.” (ATP 423) The war machine refers to a reality essentially independent from the structures which constitute the state. In it we find the lineaments of a new and general relationship between human beings, between an individual and themselves, which is not subordinate to the state or its means — even when that individual is used as a means by the state.

In Totality and Infinity, Emmanuel Levinas argues peace cannot be identified with a war that ends for lack of combatants. That integration of the same and the other which would avoid cruelty refuses ignorance of the other; I speak to him. He concludes the work with an argument that the kinds of subjects produced by the state, with its “virile virtues,” find themselves situated at the “antipodes” from subjects living in the “infinite time of fecundity,” that is, a time in which we are capable of another fate. (T&I 306) Morality opposes politics in history only when it moves beyond admiring the beauty of existence to proclaiming itself unconditional and universal, as a relation with a surplus always exterior to the totality. The assumption of finite time — death as end — allows the hero to believe he may gain salvation in an eternal life. Yet Levinas wonders whether in such a continuous time whether identity itself would not have to be affirmed obsessively: “…as though in the identity that remains in the midst of the most extravagant avatars ‘tedium, fruit of the mournful incuriousity that takes on the proportions of immortality’ did not triumph.” (T&I 307) The isolated mode of subjectivity produced by the state confronts death out of courage, whatever the cause may be for which they die — a pure courage that the end may, after all, be merely another victorious transition.