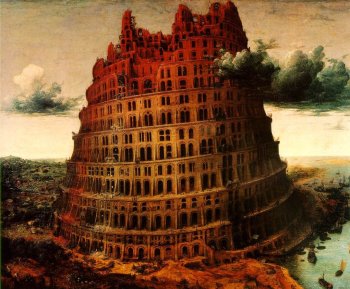 Language is not a Signal: Notes on Wilhelm von Humboldt

One of the earliest and most strident critiques of the signifier, Wilhelm von Humboldt’s philosophy of language refused the even-then-canonical concept of a “sign” by questioning the universal conceptual image of a language as representation.

Beneath the semiotic aspect of language — the “common sense” idea of language as utterance, signalling, communicating, “saying” — Humboldt catches sight of a more profound function of language, where it is no longer understood primarily as communication, but rather as itself an originary and formative “organ of thought” not in any sense limited to representation, but which on the contrary is instrumental in the genesis of (new) concepts themselves.

Rather than being a form for thoughts, an essence subtracted from the heterogeneous field of actual languages, Humboldt proposes instead a generative prototype of language based not on substance but generation, the series of rules and structures by which thought divides and rearranges itself ‘between’ us.

In catching sight of this difference ‘between’ languages (as classically understood,) by taking empirical account of the qualitative break between various representations of reality, we suddenly discover the question of language has carried us all the way to the essence of language and reason at once, the heart of the metaphysical decision.

Humboldt would have us pause before we side with a classical or ideal archetype or representation of language. The discipline of linguistics ought to be scientific and empirical, but without neglecting the metaphysical play or enframing always already at work in language.

We should question the process by which reason (morality) legitimates itself, and at the same time try to recognize in the faculty of human decision the very essence of language (“thought”) at work — perhaps especially in traditional metaphysical accounts of language, and in particular, with the simultaneously over- and un-analyzed notion of a sign (always in contradistinction to a signified and a signifier.)

We should always be wary of absolute distinctions or segmentation of thought — language is one of these segmenting machines, an incorporeal body distributing intensities (reified as “concepts”) — so the infinite recursivity of language makes any distinction slip; language is a cascade of interruptions, not an orderly exchange of signals. Humboldt believes that field work, actual empirical research, allows us to observe language disclosing itself, in silence, from an ‘other’ origin beyond semiogenesis.

There are glimmering shades of Babel in Humboldt’s “radical” linguistic empiricism. Each language is a fragment of a universal human language.

For Humboldt, language is a procedural rule, an instruction or order word — a univocal direction “given” rather than, say, a given graphic, sonic or material shape “formed.” Signs are in the forms of orders: we cannot gather from deliberately “constructed” forms (grammar) the underlying essence of language.

Instead of positing universal or metaphysical origins, searching for ‘messages’ in grammar — Humboldt bravely asserts that it is time to recognize the actual situation: that there is no universal language per se (no language as such,) but rather innumerable and diverse living species of languages, with many uncanny symmetries.

The organization of linguistic theories — and the theory of the organization of language — ought to result from extended empirical study and the (re)construction of prototypes, since only these genuinely produce an analysis into the procedures (rules) which language actually employs. In brief, Humboldt’s critique and transposition of signification-as-representation into language-as-thought serves to illustrate the critical importance of an originary zone of indistinction operating between various languages.

This immanent zone has an obscure, but critical function — the production of transcendental field where thought and language co-exist completely — intersecting here, diverging there, assembling and re-assembling one another upon an infinite virtual plane. (On a similar note, we could perhaps take art is not the study of forms but of the structural and embryological rules of their development. Hence the transcendental field is not an empty void, but a full abyss of various impulses and segmenting-machines, opened and opening — like a blank canvas, a beginning in aporia, an infected wound.)

For Humboldt, languages instantiate prototypes — both a set of finite rules as well as a series of constructive procedures, ensembles of linguistic practices including both a-semiotic and semiogenetic machines — whose structural genesis and operative functionality cannot be discovered except by empirical investigation of language use in many different languages with widely divergent structures.

Language and dialogue emerge as prostheses for thought — whereas communication presupposes a common cognitive structure between individuals, language is always already both an understanding and a misunderstanding. Thinking in its essence is tied to our social existence — a Thou to correspond the I — and concepts attain distinction only be being reflected back through the intellect of the Other.

In the difference between the second- and third-person pronouns, Humboldt locates a generative but indistinct zone, the specific cultural encoding of ‘inter-relationality,’ exposing the communicative prototype of all language. This formal purity is embodied not graphically but procedurally, manifested in a particular language species through pronomial distinction (between a “you” and an “it” or a “they.”)

By studying these distinctions empirically, we can build prototypes — far from being classical guiding notion of a universal or “philosophical” grammar underlying language, the prototype extends precisely to the actual propagation of ideas through language…

Not only is an investigation into the prototypical linguistic situation suggested by the reflection that language conditions thought in a metaphysical sense, but the prototype must even actually be closely observed in its empirical reality, in the processes by which particular languages formatively encode metaphysical systems onto concepts.