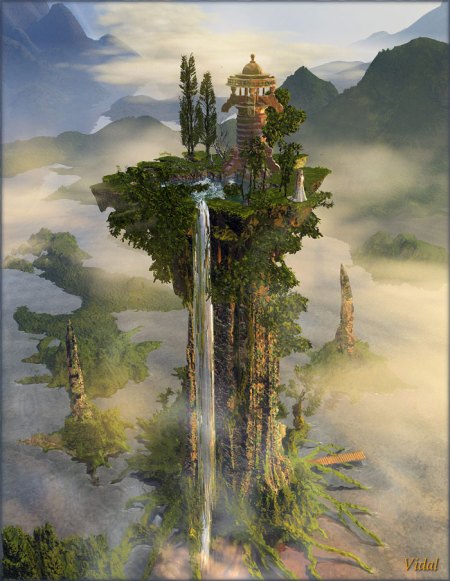 * We cannot accept the alternative which thoroughly compromises psychology, cosmology, and theology: either singularities already comprised in individuals and persons, or the undifferentiated abyss. Only when the world, teeming with anonymous and nomadic, impersonal and pre-individual singularities, opens up, do we tread at last on the field of the transcendental (LS 103).

** The elaboration of the concept of singularity proceeds from a radicalization of the critical or transcendental interrogation: the individual is not primary in the order of sense, it must be engendered in thought (problematic of individuation); sense is the space of nomadic distribution, it does not exist in the original division of significations (problematic of the production of sense). In effect, although it seems at first glance that ultimate reality is as much language and representation in general, the individual supposes the staging of a convergence of a certain number of singularities, determining a condition of closure under which is defined an identity: that certain predicates are retained implies that others are excluded. In the conditions of representation, the singularities are thus directly predicates, attributable to subjects. But sense is by itself indifferent to predication (“to green” is an event as such, before becoming the possible property of a thing, “being green”); by consequence it communicates by law with every other event, independently of the rule of convergence that appropriates it to an eventual subject. The plane where sense is produced is thus populated with ‘nomadic’ singularities, simultaneously non-attributable and non-hierarchical, and constitutive of pure events (LS, 65-67, 130, 136). These singularities have between them relations of divergence or disjunction, certainly not of convergence since this implies already the principle of exclusion which controls individuality: they only communicate through their difference or their distance, and the free play of sense and its production lies precisely in the course of these multiple distances, or “disjunctive syntheses” (LS, 201-204). The individuals who we are, deriving from this nomadic field of individuation which knows only couplings and disparities, the perfectly impersonal and unconscious transcendental field, do not renew this play of sense without making the test of the mobility of their frontiers (DR., 327,331). On this level, each thing is no longer itself but a singularity which “opens predicates ad infinitum through which it passes, at the same time as it loses its center, i.e. its identity as concept and as self” (LS, 204,344-345).

*** Pre-individual singularities are thus always relative to a multiplicity. We say however that Deleuze hesitates between two possible treatments. Sometimes singularities designate intensive “dimensions” of a multiplicity (LS, 345; AOE, 369 n 28, 381), and by this title should be named “intensities,” “affects,” or even “haecceities”; their repetition corresponds then to the affective map of an agency (MP 248, CC 81), or moreover to the continuous modulation of a material (MP 457-58, 505-509). At other times they are distributed at the level of each dimension, and are redistributed from one dimension to another: such are the remarkable or “brilliant points” of each degree of the Bergsonian cone of memory (B 58, 103-104), “points on the dice” of each throw of nomadic distribution (DR., 228-230; LS 69), etc. It is not certain however that these two treatments do not converge. It will be noticed that Deleuze passes easily from a singularity to many singularities, as if any singularity were already many (LS 67, 345): in fact the singularities that compose a multiplicity “penetrate the ones in the others through an infinity of degrees”, each dimension being like a point of view on all the others, which distributes them all on its level. Such is the law of “sense as pre-individual singularity, intensity which returns to itself through all the others” (LS 347—logic of the disjunctive synthesis). This “complication”, which is only by law, requires to be effectuated: but then there is only redistribution, the creative dice throw as if the “resumption of the singularities the ones in the others” is exerted under the condition of a meeting of distinct “problems” (DR. 259) or heterogeneous series (LS 68). From there a theory of apprenticeship (DR. 32,248), and of what it means “to have an Idea” (DR. 236-258—an extremely difficult text but one whose comprehension is decisive: compare with F (90-97): one is well on the way to what A Thousand Plateaus will explore under the name of “multiplicity of multiplicities” (theory of “becomings”).

** Highlighting the medieval thesis of the univocity of being is certainly Deleuze’s most profound contribution to the history of philosophy (SPE, ch. VI and XI; DR, 52-61; LS, 25th series). This thesis, of which the history of philosophy comprises in three stages, Duns Scotus, Spinoza, Nietzsche, subverts every ontology, including Heidegger; deployed in its consequences, it devotes its cause to the relevance of the name of being. Its essence is that it carries in itself the affirmation of immanence. 1) Univocity is the immediate synthesis of the multiple: the one says nothing but the multiple, replacing the conception that the latter is subordinated to the one as to a superior and common kind able to include it. This is to say that the one is no longer what differenciates it from differences, internal difference or disjunctive synthesis (Deleuze observes that the single substance of Spinoza still preserves some independence compared to its modes, but “it would be necessary that substance says itself of the modes, and only of the modes”, (DR., 59), an inversion which is carried out only by Nietzsche, in the concept of the Eternal Return; but returning to Spinoza for a second reading, he shows how the theory of bodies tendentially returns to a comprehension altogether other than the single substance by promoting a pure plane of immanence or body without organs: (AOE, 369n28; MP, 190-191, 310; SPP, CH. VI). The word “differenciating”, frequent under Deleuze’s pen, has however the disadvantage of letting one suppose a separated authority, placed in the middle of the world like the interior master of its distributions; however it is clear that it indicates nothing but the edge to edge differences or the multiple and mutant network in their “distances” (the thing, brought back to the originating or “transcendental” plane in the disjunctive synthesis, exists only as a singularity or point of view enveloping an infinity from other points of view). 2) The corollary of this immediate synthesis of the multiple is the spreading out of all things on the same common level of equality: “common” no longer has here the sense of a generic identity, but of a transversal communication without hierarchy between beings that are only different. The measurement (or the hierarchy) also changes sense: it is no longer the external measurement of beings compared to a standard, but an interior measurement with each one in its relation with its own limits (“smallest becomes equal to the largest as soon as it is not separated from what it can do”, DR., 55; –proceeding later in a concept of “minority”, MP, 356, a theory of racism, MP, 218, and a design of childhood, for example DC, 167, “the baby is combat”). This ethics of being-equal and of power results from Spinoza but better still from Nietzsche and his Eternal return (DR. 60 and 376-conclusion). Ultimately, “univocal Being is at the same time nomadic distribution and crowned anarchy” (DR., 55). What sense is there to preserve the concept of utility, only being under the non-inclusive mode of a multiplicity (immanence of the one with the multiple, immediate synthesis of the multiple)? This is how a pluralism which would not be at the same time a monism leads to the explosion of scattered terms, indifferent and transcendent the ones to the others: would the difference, the new, the rupture concern a rough and miraculous sudden appearance (creation ex nihilo–but from where would the power of this nihil come? and what would this “arrival” be?). In this respect, the one of univocity conditions the assertion of the multiple in its irreducibility (QPh, 185). That all comes from the world, even the new, without this being at all drawn from the past, such is the lesson of immanence which is released from the solidarity of the concepts of univocity, disjunctive synthesis and the virtual well understood.

*** The assertion of the univocity of being, of which the constant formula is “ontologically one, formally diverse” (SPE, 56; DR., 53,385; LS, 75), results in the equation “pluralism = monism” (MP, 31). Nothing thus makes it possible to conclude with a primacy of the one. This thesis, supported by Alain Badiou, does not estimate enough, it seems, the enunciation according to which being is that which is said of its differences and not the inverse, unity “is that of the multiple and only is said of the multiple” (NPh, 97). Moreover, the fact that the concept of simulacra applied to being in general is the inevitable consequence of the thesis of univocity at all does not appear us to confirm a primacy of the one. This application of simulacra to being means only that the lexicon of being has ceased being relevant in the universe of the disjunctive synthesis, so that it preserves a fixed and identical horizon. Because when Deleuze announces the inversion of Platonism and the universal one of the rise of the simulacra, that which is simulated is nothing other than identity, the tight delimitation of forms and individualities, by no means the play of inclusive disjunctions or the evolutions which produces the effect of it: “All identities are only simulated” (DR., 1), “the simulacrum makes the Same and the Similar fall under the power of the false (phantasm)” (LS, 303). There is in reality, in Deleuze, only the mobile play of the disjunctive synthesis as the immediate unity of the multiple, or the Eternal return interpreted as “the being of becoming” (DR., 59); not the one withdrawn, because only THE difference is one, which diverges immediately from itself. We were going to say that there is no pole of the withdrawn one in Deleuze; there is a one, but it is death, the pure and naked body without organs, wanted as such. This pole is undoubtedly implied in vitality and desire, but precisely as an ultimate refusal to let the multiple organize or unify itself. That the relation with death is the condition of reality does not mean that death is reality and that becomings are only simulacra (this illusion is underlined many times in A Thousand Plateaus as the inherent risk of desire). It is significant that, among Deleuzian concepts, the simulacra was completely abandoned after Logic of Sense (one hardly finds a trace of it except in the “the Exhausted”: see “Ritournelle”). Two reasons can be advanced: it lent itself to too much equivocation, but especially because it still took part of a negative exposure of” crowned anarchy”, turned towards the critical demonstration of character produced or derived from identity. Vacant, the place is invested by the concept of becomings.